Disability-Supporting Drink: How a Coffee Company Brewed Up an Inclusive Cause

For many coffee lovers, a cup of joe is just their main pick-me-up each morning but, for Diane Grover, coffee also supports a cause.

For many coffee lovers, a cup of joe is just their main pick-me-up each morning but, for Diane Grover, coffee also supports a cause. Her company, Dreamers Coffee, began from the words of another roaster putting the idea into her head as she was searching for a new provider to promote Down Syndrome awareness for her daughter, Mary Ellen. She and her daughter had always served baskets of coffee and jam, but the more she realized how difficult it was for those with cognitive delays to get jobs, she decided to start Dreamers as a workplace that enabled those of all abilities to grow and learn from each other while making coffee.

Although Dreamers started in 2015, their business has streamlined well over the last few years through its current business model: having entrepreneurs sell their coffee online while teams in Tennessee roast, package, and send the coffee off to customers throughout the nation. Since Dreamers hasn’t grown enough to have a coffee shop, they have an Events Team that can be hired to brew coffee for local meetings, catering events, and organizations, such as the Teachers for America, where they brew coffee for 400 teachers each morning. As for the entrepreneurs, they learn to market and brand online through Facebook groups that Dreamers has created, and some will even work at events in their state if they decide to do so. They also have tasting events where people can sample coffees, with more to come in the coming year! The best part, however, is the flexibility for entrepreneurs to sell coffee when they want to. As an entrepreneur herself, Grover knows first-hand how stressful starting a business can be and gives others that option if they need it.

The goal, however, is not only to create an inclusive environment, but also to create a job for Mary Ellen in the future (she's turning fourteen in March). Since Mary Ellen has Down Syndrome, Grover thought that creating the job for her would be a much better alternative to begging other employers to give her a chance, and now it’s also bringing opportunities to others. In fact, Grover has experienced how to overcome challenges with a disability as well. Until she was diagnosed with severe hearing loss a few years ago, she went through life thinking she had a cognitive delay herself since she could only hear three distinct sounds and learned to speak by watching others do so. During the diagnosis she discovered that she had inherited an unknown genetic disorder that affected her hearing, which may have come from her mother having kidney disease earlier in life. But with the help of digital hearing aids, her brain is now adjusting to processing millions of sounds she hasn’t heard before. “The first six months was an emotional rollercoaster,” she said during our interview, and she often hid in her room just to get some peace and quiet from the aural conundrum. She still has some sounds to get used to but, after a year, she’s learned to speak articulately and is very grateful to hear everything… except flushing toilets. “I don’t understand how hearing people live with that toilet noise!” she said, but as her husband has told her, she’ll just get used to it in time.

But no matter what she hears, she now has many experiences to share with others: overcoming deafness, hearing, and opening Dreamers Coffee to help those of all abilities grow through employment and entrepreneurship. For those starting a business or helping a family member, she says that “whatever solution they’re looking for, [just] go for it… and know that no matter what you do, it’s going to be work.” That’s a lesson her employees and entrepreneurs have learned at Dreamers: when they have the passion and drive to run a business, they’re successful in what they do and aim to inspire others with their mission. To learn more about the company, visit their website or email Grover at dreamersmerchantscoffeecompany@gmail.com 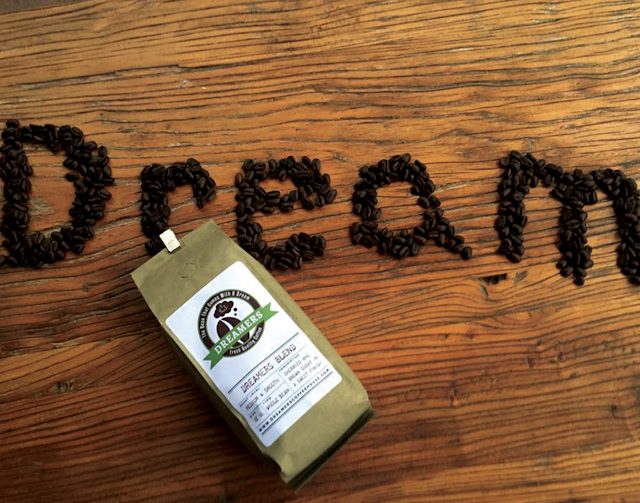