Sometimes a fashion statement isn’t just about being on-trend. Sometimes it’s about a lifesaving mission… as with Little Hats, Big Hearts, a joint initiative of the American Heart Association (AHA) and The Children’s Heart Foundation. The campaign aims to address the nation’s number one birth defect, congenital heart disease, which affects about 40,000 births per year in the U.S. CHD includes abnormalities in the heart’s structure, electrical system and other anomalies that affect the heart’s function.

Newborns first became hat-wearing fashionistas and fashionisters in 2014 in Chicago. “Volunteers harnessed the excitement of American Heart Month (February) and used their skills in knitting and crocheting to share the mission of the American Heart Association and The Children’s Heart Foundation with families welcoming new babies,” says AHA’s Communications Manager Alexson Calahan, adding, “The hats help educate families about heart health, and raise awareness about the prevalence of CHDs and other heart disease.” Little Hats, Big Hearts has since grown to include 1,000 hospitals in 41 states. In 2018 alone, more than 240,000 hats were distributed, most of which during February with additional distribution in May (in honor of American Stroke Month).

Little Hats, Big Hearts is truly a labor of love led by volunteers who knit/crochet caps, organize packaging and facilitate disbursement. Aimee Hardy says the project was a perfect fit to “pay it forward.” Her son, Jack, was born with hypoplastic left heart syndrome, a defect affecting blood flow, and underwent his first of three surgeries at just 3 days old. “Thirty years ago, his condition was considered fatal,” Aimee says, “They would have sent us home and said to keep him as comfortable as possible.” Such cardiology advancements are, in part, thanks to AHA’s research which, often, connects to awareness and fundraising campaigns.That’s why Aimee joined the Little Hats, Big Hearts committee in Utah and, through her association with Intermountain Healing Hearts (a support group for parents of children with CHD), she helped to supply 75 percent of the hats distributed in 2016!

Alexson affirms that, in addition to raising awareness, the project also connects families affected by cardiovascular disease through the AHA’s Support Network, a free, online forum. And while the babies are the ones wearing the hats, she says the organization and its volunteers are empowering mothers as well.

Jill Brees Barr attests, “I knew that I wanted to be involved [with Little Hats, Big Hearts] and hoped that my story would encourage moms to play an active role in their family’s health and educate themselves on heart disease, the number one killer of women.” Jill was born with Wolff-Parkinson-White syndrome (WPW), a rare defect in which an extra electrical pathway between the heart’s upper and lower chambers causes a rapid heartbeat. Non-symptomatic until her teenage years, Jill didn’t even know she had the condition. Then, the day came that she’ll never forget. Diagnosed with preeclampsia during pregnancy, she was at her obstetrician’s office for a check-up. While her unborn baby was fine, the fetal heart monitor picked up Jill’s supraventricular tachycardia, a fast and irregular heartbeat. “The decision was made to life-flight me to a hospital with cardiology experts for delivery,” she recalls. Her son was delivered safely via caesarian and Jill would later undergo a surgical ablation to address the extra pathway. Since WPW is congenital, physicians will continue to monitor her son and evaluate potential symptoms. Already a volunteer, Jill was able to further advance the Little Hats, Big Hearts campaign and distribute hats after she was crowned Mrs. Iowa America 2017 with her volunteerism platform. She says, “I love the quote by John Holmes, ‘There is no exercise better for the heart than reaching down and lifting people up. ’The benefits of volunteerism are numerous and good for your mind, body and your community! Everyone has a gift that they can share with others and there are so many organizations that can benefit from that.”

For Victoria L., motivation was also two-fold. She was 10-years-old when doctors discovered she had a bicuspid aortic valve defect, a congenital condition that eventually led to a near-fatal cardiac event. Following chest pain in 2015, doctors rushed the mom of two into open-heart surgery. Driven to empower others with lifesaving knowledge, Victoria jumped at the chance to put her crocheting skills to good use, especially in association with babies. “Babies are not a threatening way to get the message across; whereas, when people say ‘I had a heart attack and this can happen to you,’ it can feel threatening and scary. If we share the message and symptoms with [the help of] a baby, people might bemore inclined to listen because babies are sweet and anything but scary,” explains Victoria, who has constructed hats for newborns in Kansas City area.

Even the youngest of do-gooders are helping too. Like at St. Philip the Apostle School in Pasadena, California, where a crochet club comprised of 10 to 12-year-old girls learn and practice the skill and, then, donate creations to Little Hats, Big Hearts. “The girls love to help others and have a passion for knitting. This was a lovely opportunity for them to combine two things that they love,” says Erin Delawari, mother of a club member.

Jill offers, “Volunteering is fun, impactful and I encourage you to find a cause that you are passionate about and get involved.” To volunteer with the Little Hats, Big Hearts, contact your local AHA office. 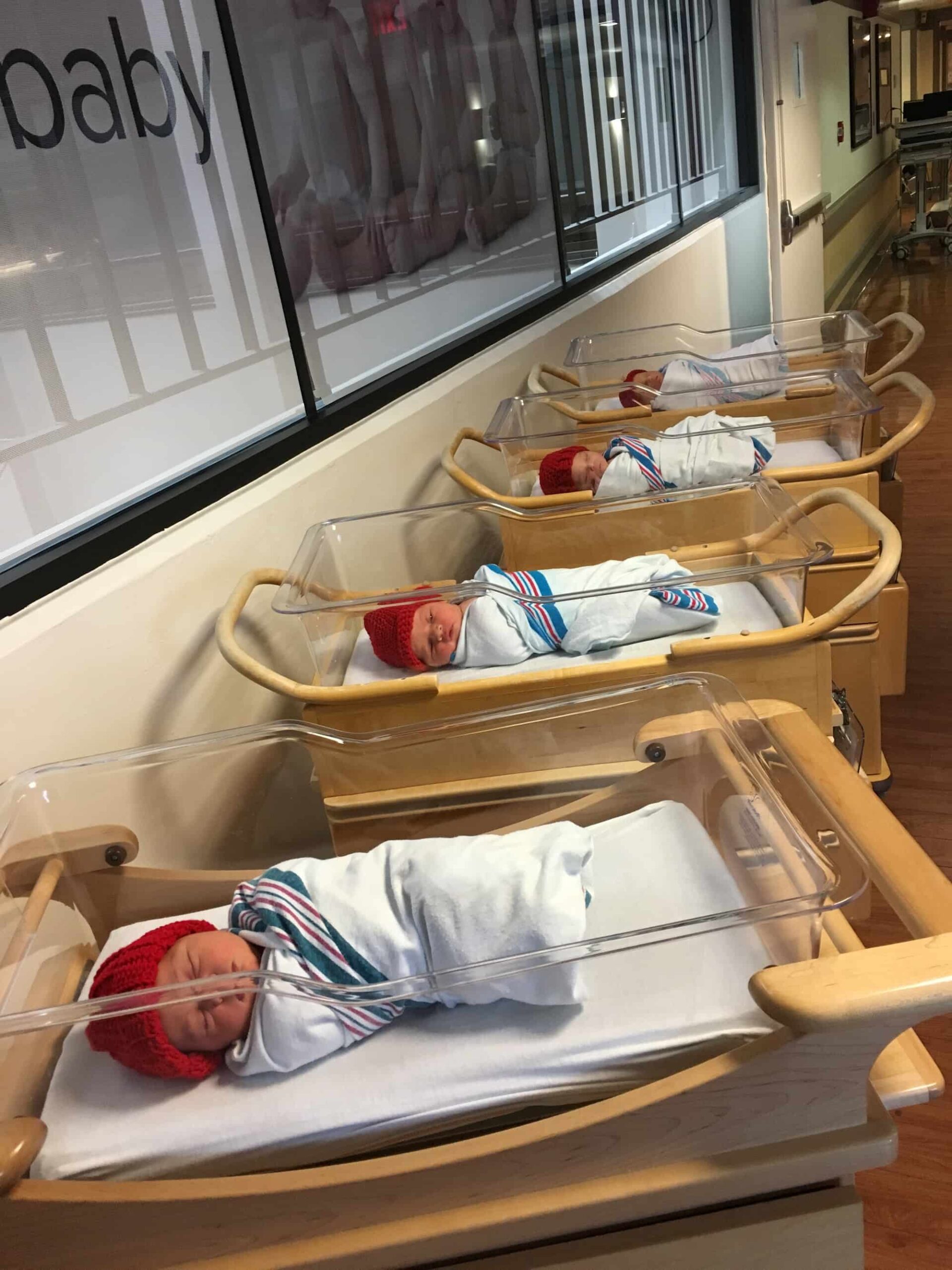 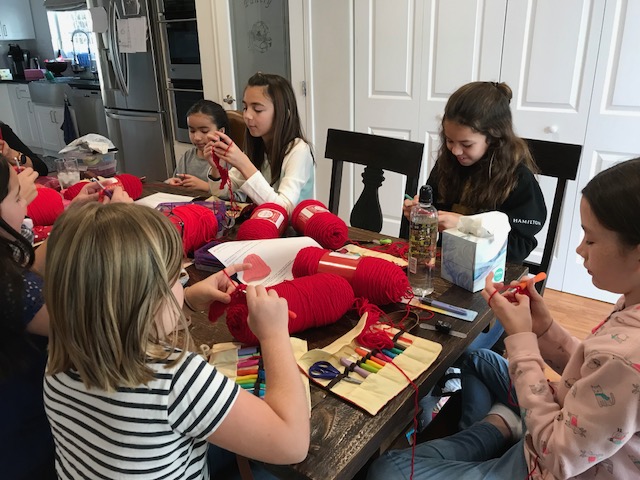