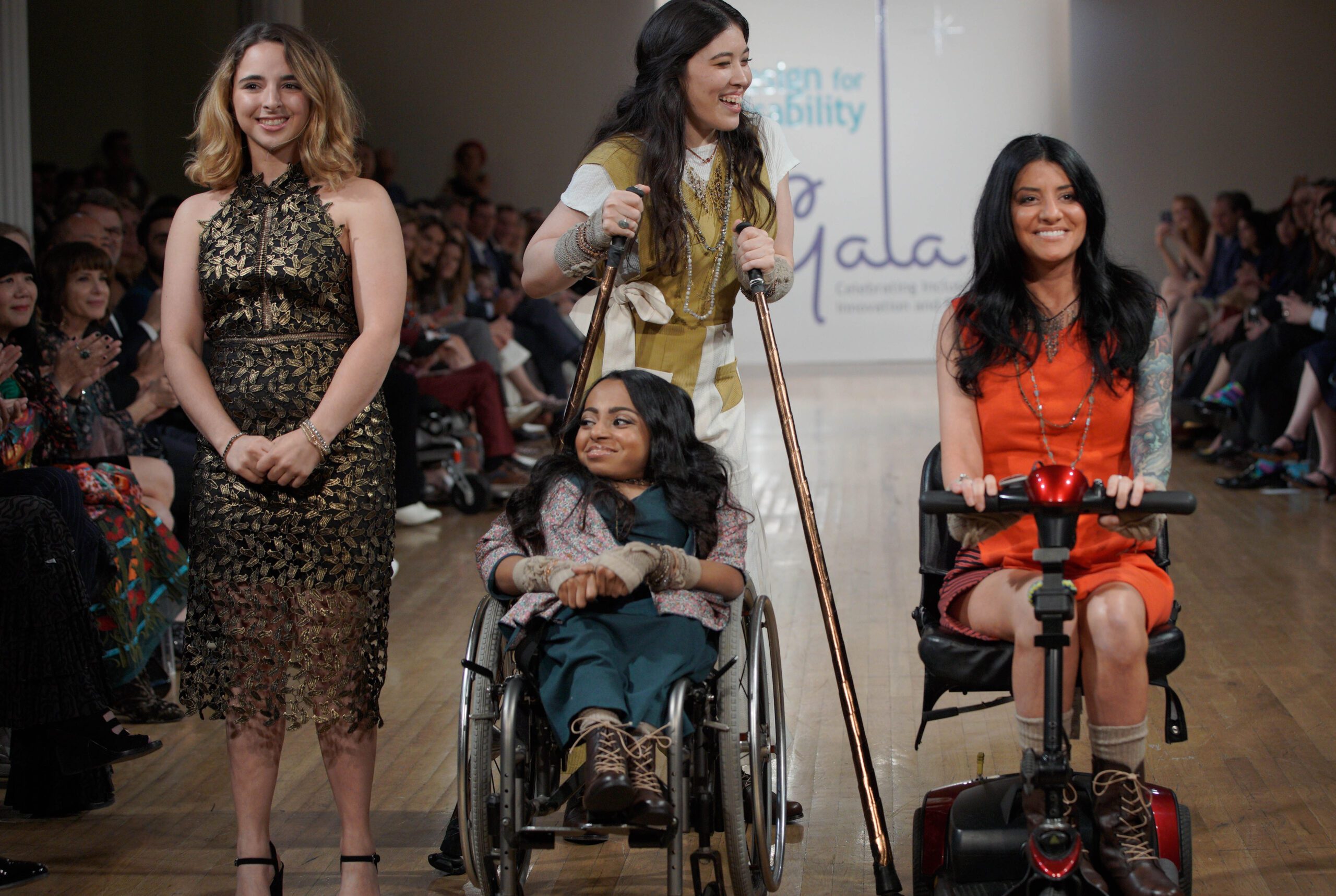 Richard Ellenson describes himself as a “typical advertising guy.” Well, typical isn’t exactly the most appropriate term as he’s credited with creating highly successful campaigns for brands such as American Express and HBO (penning the well-known tagline, “It’s Not TV. It’s HBO.”). And, generally speaking, he is an outstanding individual. Ellenson also defines himself as a loving father to his teenage daughter, Taite, and 20-year-old son,Thomas, who has cerebral palsy. His dad role motivated a career shift into assistive technology and, four years ago, he became CEO of the Cerebral Palsy Foundation (CPF), an organization transforming lives through research, innovation and collaboration. Cerebral Palsy is a physical disability that affects movement and posture, according to CPF. Globally, over 17 million people have cerebral palsy.

Thomas is a smart, funny and talented theatre actor and critic who operates Theateriffic.net. He uses a motorized wheelchair, a communication device and struggles to find stylish clothes that fit his needs. That’s because, according to Ellenson, Thomas (and others with cerebral palsy) occasionally drools and, therefore, has to wear unflattering bandanas or change his shirt frequently. Ellenson decided to explore options for function fashion. “I wanted to do something to show that fashion informs how we think about everybody and it can be something that helps us think about people with disabilities,” he says, adding, “because the way we dress, the way we speak and so on reflects how people see us.” And, unfortunately for people with disabilities, appearances (including fashion) can fuel misconceptions.

In 2016, Richard linked up with the Fashion Institute of Technology (FIT) to engage upcoming designer students with the most under-represented group in fashion: models with disabilities. The project was named Design for Disabilities. “The goal was not necessary to bring out a collection but to mentor young designers so the language of inclusion and accessibility starts to filter through the top design schools in the country,” he says. Students worked hand-in-hand with models with disabilities – identified through CPF’s social platforms, partners and ambassadors – to learn about dressing and wardrobe challenges and, then, construct improvements. Models then hit the runway during CPF’s annual gala where garments were judged by famed designer Thom Browne and other industry experts.

In 2017, CPF partnered with renowned designer Derek Lam to mentor more students at FIT, Parsons School of Design and Pratt Institute. According to The Cut, Lam expressed his desire to partake in the much-needed dialogue: “We are talking about very serious things like diversity and gender and empowerment — but I feel like the conversation never really comes up about a large segment of the population, which is those with disabilities.” The creation process (of athletic, casual and formal pieces) under his leadership was documented via six online videos featuring both designers and models. The videos garnered over 7 million views!

“For me to put on pants in a chair is just so hard. So, with the zipper on the side it was a lot easier, a lot more roomy and more convenient,” shared model Desiree Raymond, who has transverse myelitis (inflammation of the spinal cord) and is working toward a Health Service Administration degree. She helped Parsons’ Claudia Poh realize her goal to identify existing problems and propose inclusive solutions. Model and filmmaker Andrew Pilkington, who has cerebral palsy, says FIT’s Indigo Choi used a stretchy material to outfit his needs. “I really like the design she came up with to make my pants a lot more flexible,” he says. FIT’s Kristi Thompson designed sportswear to combat chaffing that Minda Dentler, a wheelchair-using ironman triathlete, would get during lengthy competitions. And for Hilda Caba, who hadn’t worn a long gown since her spinal cord injury, Thompson cut an L-shaped dress that wouldn’t bunch around the waist while seated in a wheelchair. The videos helped viewers understand how and why accessibility was needed and achieved, such as through durable shirt cuffs (as not to fray from manual wheelchair use), stretchable and breathable materials, proper length and/or measurements and varying clasps.

Fashion designer Anna Sui served as the 2018 mentor and continued design achievements. However, Ellenson says Design for Disability may soon explore manufacturing and encourage companies to produce and sell accessible collections. “Manufacturing is a different issue but, this year, we are actually talking more about how we can create these outfits and bring them to the world,” he says, explaining that presently, “Our work is more looking at how you create fashion and also celebrate the disability.” That’s something he describes as “an interesting conversation because many people with disabilities want to blend in and others want to call attention to their disabilities.”

Design for Disability is representative of the broad range of CPF’s groundbreaking work. Key efforts for CPF include: The Early Detection Initiative (T.E.D.I), aimed at bringing down the detection age for developmental disability, thereby allowing earlier interventions of life-changing therapies; Just Say Hi, school inclusion program changing how we teach and include students with disabilities and other differences; high-profile collaborations with institutions, organizations, corporations and entertainment (like with the TV series Speechless); and Evolve21, a newly-released health and wellness mobile app. To access more information, visit YourCPF.org.

“Just because you have a disability doesn’t mean you can’t be fashionable,” says model Jessie Chin. And we at AmeriDisability Services agree! Head to our Facebook and Twitter pages to share how fashion could be more accessible for you. 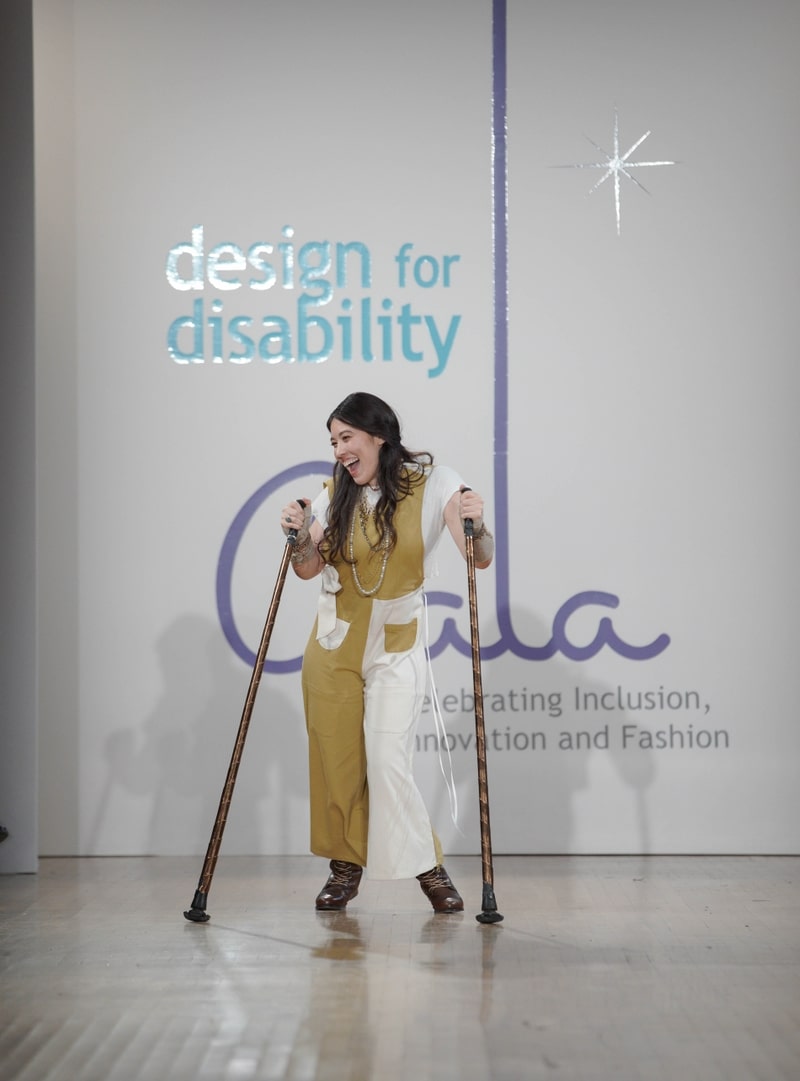 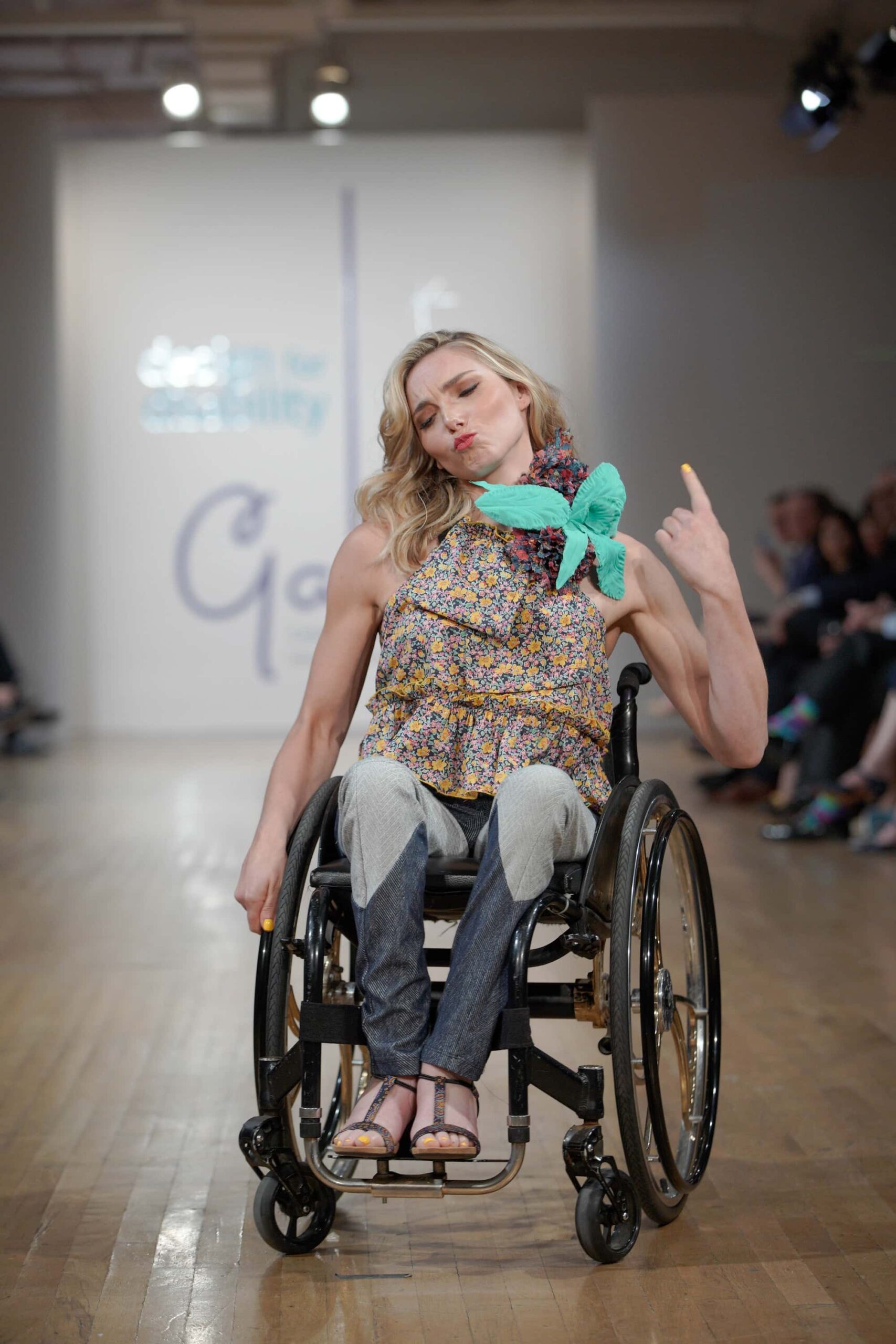