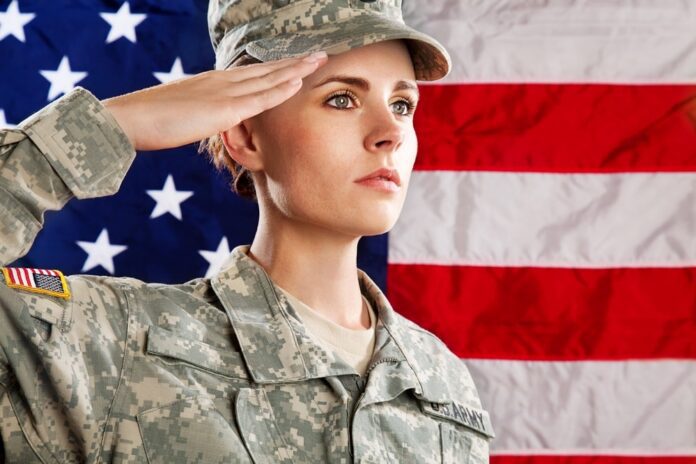 More than 40 U.S. female veterans with a range of disabilities gathered last week for Paralyzed Veterans of America’s WE Served Retreat in Crested Butte, Colorado. The all-expenses-paid retreat featured workshops focused on holistic well-being and community-building in an inclusive, supportive environment. More than half of the attendees were Paralyzed Veterans of America members.

One of the female veterans in attendance was Tammy Jones, national vice president of Paralyzed Veterans of America. Jones was one year into her service with the U.S. Air Force when a car accident left her with a broken neck. At only 19 years old, she was faced with the knowledge that she would never walk again.

“We want to be a voice for America’s women veterans, who deserve the very best in health care, benefits, employment, accessibility and more,” said Jones. “When disabled women veterans don’t feel comfortable or welcomed within the VA — for example, because the women’s health clinics aren’t wheelchair-accessible or because they have experienced sexual trauma there — that poses a serious barrier to their well-being.”

WE Served is part of Paralyzed Veterans of America’s wider initiative to address the specific needs of women veterans with disabilities. Jones serves on its Anita Bloom Women Veterans Health Committee, named for a paralyzed woman veteran, and has been advocating on Capitol Hill to highlight the unique health care needs of women veterans with spinal cord injuries and diseases. Paralyzed Veterans of America’s employment program, PAVE, also specializes in helping minority female veterans and other constituencies who have historically faced higher rates of unemployment and underemployment.

“Women tend to fight their personal battles alone. When we take care of ourselves, we’re better able to speak up and give back,” Jones added. “WE Served is a step toward empowering women veterans to ask for the benefits and care we deserve.”

Currently, there are 2 million women veterans living in the U.S., and women are the fastest growing demographic in both the military and veteran population. Female veterans using the VA often have complex health care needs such as post-traumatic stress disorder due to war-related trauma and sexual trauma, mental health care and substance use disorders — services that, on average, they use at higher rates and more often than male veterans.

WE Served is funded in part by the Craig H. Neilsen Foundation and sponsored by First Nation Group and the Adaptive Sports Center of Crested Butte. Learn more about WE Served at pva.org/weserved