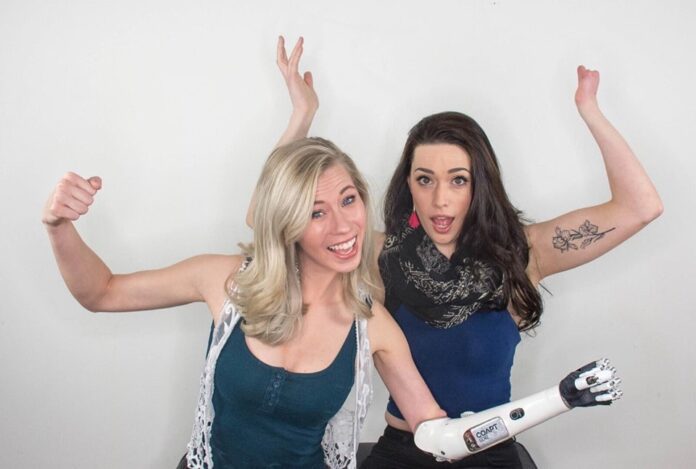 Every Tuesday from 2:00 pm – 3:00 pm Eastern Time, you can listen to Joyce Bender and her expert guests talk about competitive employment and empowerment of people with disabilities. Technically a talk radio show (on VoiceAmerica.com) and not a podcast, it’s still worth tuning into every week. True to its mission and audience, Disability Matters is open-captioned for the deaf community.

While Disability Matters shares perspectives from business leaders, government officials and disability advocates on “how to move the needle on disability employment,” there’s still more work to be done. “I’m only surprised that after 15 years, the unemployment rate is still double that of people without disabilities—and next year is the 30th anniversary of the signing of the ADA,” Bender points out. As a long-time, on-air influencer, Bender understands how she’s helping to drive a movement of inclusive media and says she feels honored to host this show. “To have the opportunity to change lives and educate everyone about the disability community–I live with epilepsy–is so important,” she says.

One overarching theme that others should know about lies in the power of kids with special needs. “What I hear more often in different ways from everyone I’ve talked to is, ‘Never underestimate a child with a special need,’” Pellegrini points out. “Always assume competency, because, when given the right kinds of assistance, they are far more capable than you could imagine.”

“I felt really struck by our media episode with Lawrence Carter-Long, who spoke of his ‘light bulb moment’ when he realized that the larger society did not think of him and his experience as an equal. That those with different bodies, those like us, were better off dead,” recalls Tuberty, noting how it stirred her anger. “Feeling that anger made me realize that we have to do something. We can do something. Disability is a social construct; it’s based on rules we as a society made up. This means we have the power to make new rules. I am using my heated energy in ways to build beauty in the world.”

Meanwhile, Kelly was really struck by their “How to be an Advocate: Mental Illness” episode with Patrick Corrigan, a professor who loves data and numbers. “He brought to the forefront that when connecting with people to change the conversation about stigma, it’s important we share our stories,” notes Kelly. “Data and numbers will never ‘change anyone’s mind’ about a topic, but the power of a personal story goes very far!”