Flame: The Blues and Rock Band 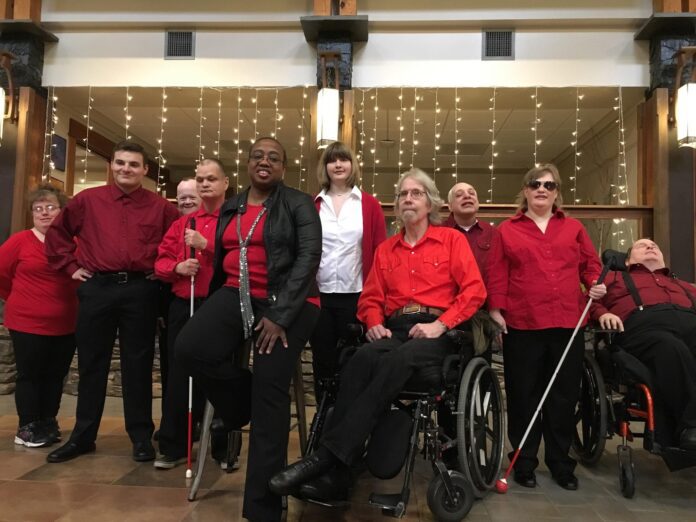 While there are a lot of popular mainstream musicians, Flame stands out from the rest of the pack.

While there are a lot of popular mainstream musicians, Flame stands out from the rest of the pack. The band is composed of people with disabilities, which includes Down syndrome, autism, cerebral palsy, and blindness. How did they achieve their success? Here’s what you need to know.

In 2003, Lexington (an agency supporting persons with disabilities) created a talent show to support people with developmental disabilities. During the competition, vocalist Michelle King blew the audience away and emerged as the winner. She later expressed her desire to start her own band, so the agency opened auditions. The rest of the band’s members joined King shortly thereafter. At the beginning, the band booked gigs with the help of the agency, but they soon gained fame on their own across the world.

Years later, Flame has gained both national and international success. The band performs more than seventy times per year and sells merchandise like T-shirts and CDs to their fanbase. They’ve played at national and statewide conventions, conferences, schools, private parties, and civic events. For the past thirteen years, they’ve managed to perform a lineup of more than 100 classic rock, blues, country, and pop songs. They’ve also released five albums and a single.

Flame has also become a media darling in America. Talk show host and media mogul Oprah Winfrey has showered them with praise. They’ve also been featured on Good Morning America and in People magazine. In addition, lead singer Michelle King sang at the funeral of Eunice Kennedy Shriver, founder of the Special Olympics.

If you thought these achievements were impressive, then wait until you read about the places they’ve performed. The band has been in big venues and events like the Rock and Roll Hall of Fame and the House of Blues in Cleveland, Ohio; New York’s Apollo Theater; Harvard Law School; the Parthenon in Athens, Greece, and the 2009 Special Olympics.

A Family of Inspirational People

Mary King, mother of lead singer Michelle King, believes that the band has changed her daughter’s life. Michelle has autism and used to be incapable of being independent. “Oh gosh, they have done, I just don’t know how to explain, so much that they have done for her, brought her out so much,” Mary said in an interview with ABC.

The entire band lives in a group home in Gloversville, upstate New York.  Flame’s drummer, David LaGrange, is blind and mentally disabled, and he considers the group as his family. “Our disability will not stop us. We keep going and the more we keep going, we want more people to see what we do, “LaGrange said to ABC. His goal is to play across every radio station to prove to the world that people with disabilities are capable as long as they’re given a chance.

Today, the group inspires children and adults with disabilities to reach out for their dreams. It’s certainly hard to succeed in the music industry, but Flame leads many to believe that they can do it too.

Is Your Workplace as Inclusive as These Top Inclusive Employers?