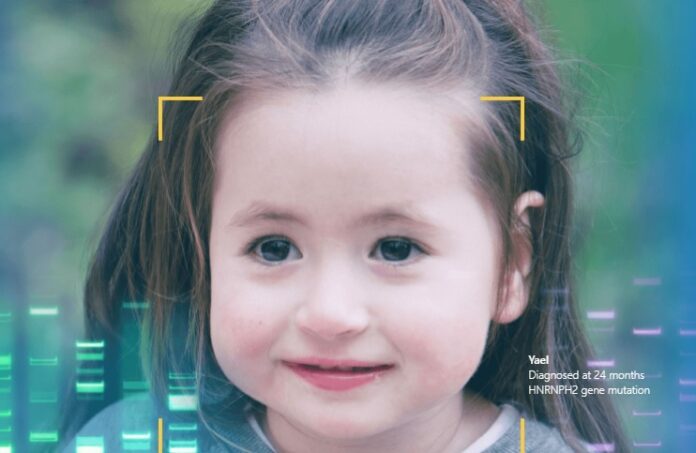 Nearly 30-40% of children with disabilities in the U.S. have an underlying undiagnosed condition. With 95% of rare diseases lacking an FDA-approved treatment, there is an urgent medical need to achieve early diagnosis in children to help promote a better quality of life.

“This is a long-awaited innovation in medical genetics that has finally come to fruition,” said Aviram Bar-Haim, CTO at FDNA and first co-author of the paper. “Overcoming the limitations of needing a minimal number of photos per disorder is a breakthrough allowing us to now identify ultra-rare diseases. Moreover, by analyzing similarities among patients with previously unknown diseases, new genotype/phenotype correlations can be detected.”

“GestaltMatcher goes where previous technology has never gone before,” said Dr. Peter Krawitz, CSO at FDNA. “With this study, we transitioned from classification to clustering. By that means we can now compute the syndromic similarity in between any two individuals in our database.”

Key findings from the study include:

“For years, we’ve relied solely on the ability of expert geneticists to identify these ultra-rare disorders. We’ve finally reached a reality where this work is augmented by AI, and we’re on track to help diagnose patients earlier and shorten the diagnostic odyssey. FDNA is thrilled to be a pioneer of this rare technology and help aid children and the medical community worldwide,” said Moti Shniberg, co-founder of FDNA.

FDNA is used by 70% of the world’s clinicians and researchers in human genetics, representing more than 2,000 clinical sites from over 130 countries around the world.

Share
Facebook
Twitter
WhatsApp
Email
Previous articleCDC Promotes How to Be a Disability A.L.L.Y. and Help Promote Inclusion for All
Next article‘#StrongWheeled Together’ Campaign to Showcase Impact of People with Disabilities on Advancing Diversity and Inclusion
Staff Writer