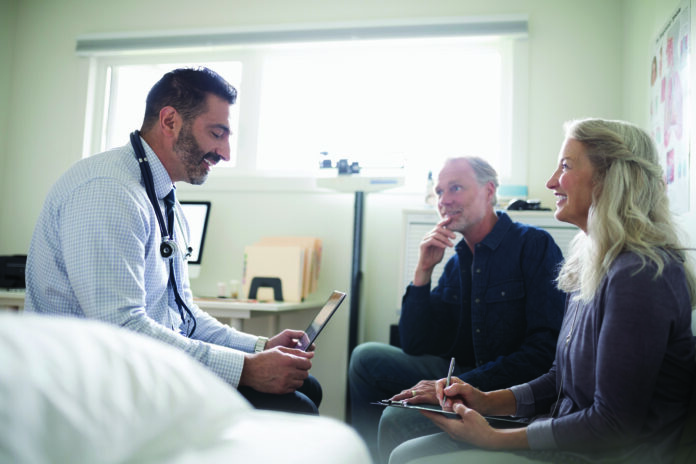 According to the American Stroke Association, stroke is an interruption of blood flow to the brain causing paralysis, slurred speech and/or altered brain function. About nine of every 10 strokes are caused by a blockage in a blood vessel that carries blood to the brain; this is known as an ischemic stroke. The other type of stroke is known as hemorrhagic, caused by a blood vessel bursting.

Someone in the United States has a stroke every 40 seconds on average. When considered separately from other cardiovascular diseases, stroke ranks No. 5 among all causes of death in the nation, killing approximately 142,000 people a year. Stroke is a leading cause of serious long-term disability; and stroke reduces mobility in more than half of stroke survivors age 65 and over.

Not all strokes can be prevented, but making healthy lifestyle choices — like exercising, eating right, maintaining a healthy weight and treating conditions such as high blood sugar, cholesterol and blood pressure — can help reduce your risk of having another stroke. While there are about 7.2 million stroke survivors in the U.S., people who have had a stroke are at high risk of having another one. In fact, about one in every four stroke survivors will have a second one.

Efforts like Together to End Stroke, an American Stroke Association initiative nationally sponsored by Bayer Aspirin, work to educate stroke survivors and caregivers about how they can avoid a second occurrence. Because the consequences of a second stroke can be more detrimental than the first, it’s important to recognize the signs, which come on suddenly, and act quickly. An easy way to remember the most common stroke warning signs is the acronym F.A.S.T.: F– face drooping, A – arm weakness, S – speech difficulty, T – time to call 911.

Talk to your doctor about medications that may help you with your stroke prevention efforts. For example, taking aspirin regularly or other blood clot prevention medications can help reduce the risk of another ischemic stroke.‍