Meet Isabella Matos: An Adaptive Athlete Paving the Way on the Right Track 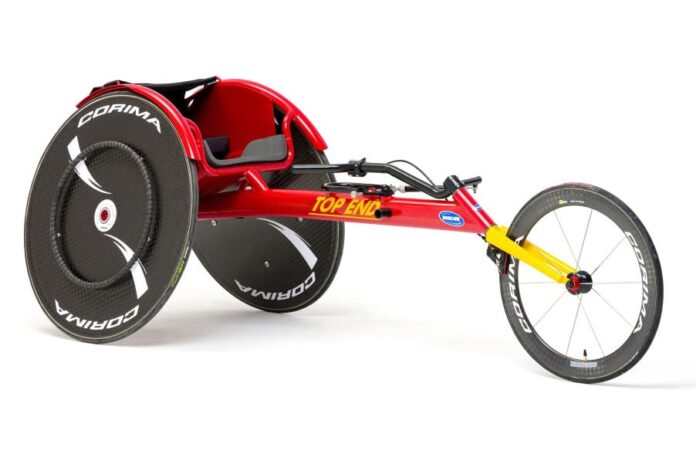 It’s been only three years since 16-year-old Isabella Matos joined her high school track and field team. The newbie athlete, who is wheelchair-bound, just completed her junior year by earning gold at the Florida High School Athletic Association (FHSAA) State Competition. And, not just one gold medal… Isabella claimed top ranks in all of her events: 200-meter, 800-meter and shot put. Currently, these are the only three events available to adaptive track and field athletes in the state.

In middle school, Isabella crossed paths with Joseph Monks, the track coach at Cypress Bay High School in Weston, Florida. He was recruiting incoming freshman for the team. Born with cerebral palsy (which hinders the use of her legs andarches her spine), Isabella was quite surprised when he asked if she was interested. She remembers thinking, “Is he serious?!” But the coach encouraged her to explore adaptive track and field ─ something the shy teen didn’t know was an option.

“When the opportunity came, I was hesitant at first because I thought it would be weird to be the only girl in a wheelchair on a team of runners. It seemed ironic,” Isabella admits. Fortunately, her parents, Kathy and Manny, convinced her to give it a try. Isabella recalls “being terrifying” at her first track meet freshman year because all eyes were on her – literally. She was the only wheelchair competitor and, thus, raced solo! That lone set-up has remained the norm; her adaptive race is usually just before the standard competition of the same distance. However, she now says, “It’s more a feeling of excitement because I love it so much! I get to try to beat my own times.” And she’s learned to feed off the crowd’s attention and really enjoys being a part of a talented team.

Isabella competed with Cypress Bay High School for two years and, after her family relocated back to their hometown of Winter Garden, Florida, she joined the squad at West Orange High School where she trains alongside her teammates. “I usually do the same workout but with a reduced number. For example, if they do something six times, I’ll do it two to three times,” she describes. That’s because Isabella tires quickly because of ill-fitted equipment. When she began racing, she used her heavy, everyday wheelchair which took a toll on both her chair and her body. This year, Isabella received a racing wheelchair on loan from Dixie Wheelchair Athletic Association. It’s made a big difference but, since it’s too big for her, training and racing still isn’t as smooth as it could be. Through GoFundMe, she’s trying to raise $3,500 for a custom-made racing wheelchair. So far,contributions total $635.

Teenage life for a wheelchair-user comes with added challenges. Sport participation has become a much needed stress-reliever and confidence-booster for Isabella. “Track is sort of like a way to get away from everything else. It’s just nice to be on the track going fast and not worried about the other struggles I face with my wheelchair or crutches,” says Isabella, who favors the 200-meters because of the face sprint factor. “On the track, I feel like I am a regular athlete! And it’s a good feeling.”

This summer, Isabella competes in the Adaptive Sports USA 2018 Junior Nationals and then gears up for her final year as a high school track star. “For my senior year, I want to do even better and compete at the national level and maybe even international level,” she shares. Isabella hopes to land a scholarship to attend the University of Illinois to compete on their adaptive track and field team and also study law. But her aspirations don’t stop there! “I want to go to the 2020 Paralympics in Tokyo. That’s the number one thing on my bucket list…to compete for the United States and help show people that if you put your heart and soul into doing what you like, there’s no obstacle that can stop you,” she proclaims, adding, “Anything is possible. Never give up on yourself!”

Isabella is now officially classified as a T34 Para-Athlete and has been able to compare her times to others nationwide. “She’s already qualifying for competition on a national level. So, once she receives her custom-made chair and is able to properly focus on training with the right equipment, it’s going to be at a whole new level and really awesome,” says Manny, adding that, “As proud parents, these are things you dream about and it’s so nice to see her dreams come to pass.”