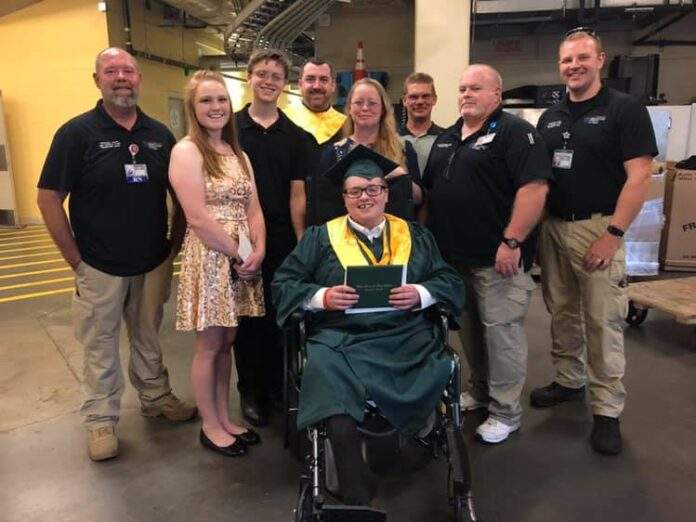 Ambulances typically transport patients to the hospital. But on Friday, May 17, a teenage patient took an ambulance ride away from Orlando Health Arnold Palmer Hospital for Children (APH) to arrive at the Addition Financial Arena on the campus of the University of Central Florida. Why? Well, he had to join his fellow classmates for graduation!

Evan Rasmussen has several conditions, including a rare form of spina bifida. After spending several days in the pediatric intensive care unit (PICU), he was able to wear his cap and gown and participate in the milestone event. With the help of his medical team and family, Evan made it across the stage to receive his diploma from Lake Minneola High School. The school allowed him to walk near the beginning of the ceremony, so he could be quickly transported back to APH for continued care.

“When a child has a chronic illness, they often spend a lot of time in and out of the hospital, often missing out on important life experiences,” said Jodi McDuffie, nurse manager of the PICU. “It was really special for our team to be part of Evan’s big day. He couldn’t stop smiling during the whole trip!”

Despite his disabilities, Evan has a heart for community service, raising funds and donations for charities and causes in his hometown. “He’s super excited to expand beyond that after graduation,” said Evan’s mother, Chandra Campbell-Evans. “Everybody’s rooting him on.”

Kudos to Evan and his supporters! Do you know a graduating senior who has also conquered barriers to succeed? Share with us on Facebook and Twitter. 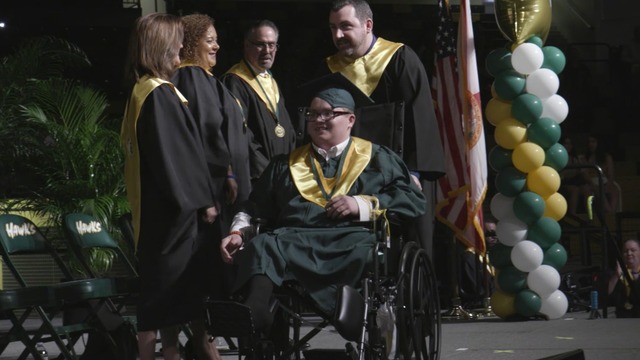 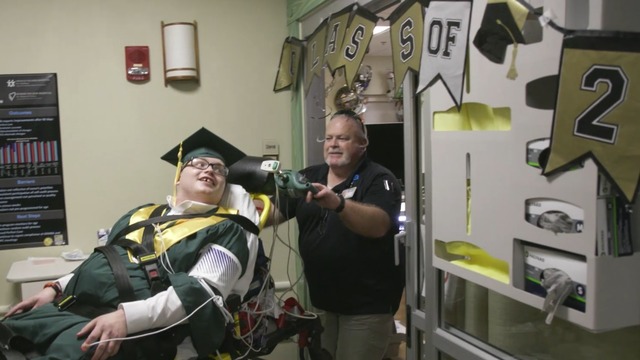