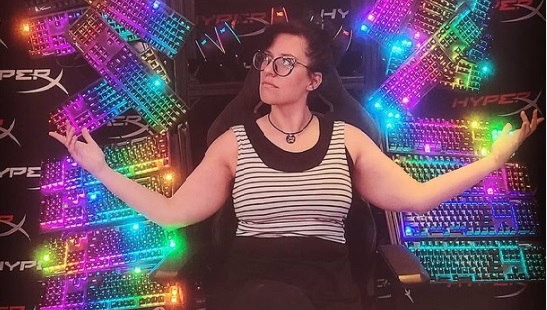 Cate Osborn never dreamed before COVID hit that she’d be the creator of a thriving social media community of more than two million people in just one year. Known as @catieosaurus online, Cate, who is a mental health advocate, full-time content creator and co-host of the Infinite Quest Podcast, is speaking out about an unusual but important topic: neurodiversity, disability and the gaming community.

Osborn was as surprised as anyone at the popularity her ADHD-focused content achieved so quickly. After losing her job during the pandemic, she created a Tiktok channel to pass the time. It turned out her content hit home for many people. Her honest, informative posts about her own experiences with ADHD and depression spoke to others with similar realities who were hungry for content, understanding and community.
From undiagnosed adult ADHD to neurodiversity and sexuality (Osborn is also a Certified Sex Educator) to the lesser-known symptoms of ADHD, Osborn explores topics that don’t usually make it into mainstream discussions around neurodiversity. One particular topic garnered a swell of interest from followers: neurodiversity and accessibility in the gaming community.
An avid Dungeons and Dragons player and co-host of the Infinite Quest Podcast (a top 50 mental health podcast), Osborn’s two passions collided with the topic of neurodiversity and gaming.

“There is a shocking lack of accessibility in gaming,” explains Osborn. “Especially tabletop role-playing games (TTRPG) like Dungeons and Dragons. The more I explored the issue and interacted with players who struggle to feel welcome, the more I realized how vital the discussion is. Everyone should be welcome at the gaming table.”

Osborn speaks out about obstacles for TTRPG players, which can pose challenges to people with physical or mental disabilities. Many organizers may not realize they are leaving players out. Crowded, loud game nights can be difficult for people with sensory issues or auditory processing disorders to participate, for example. Traditional game nights can last between 3-6 hours, which can easily overwhelm or overstimulate a neurodivergent person. In-person game nights can be difficult for some people with disabilities to physically access or keep immunocompromised people away due to COVID concerns.

The challenges extend to PC/console gaming as well, where Osborn is working to encourage developers to consider accessibility when creating their platforms and games. “There is a shocking lack of accessibility in video games,” Osborn explains. Challenges can include lack of captions, fonts that are not dyslexia-friendly or graphics that make it hard for colorblind people or those with visual impairments to play the game. “Of course, individual needs vary from person to person but there are a lot of common issues that arise,” Osborn explains. 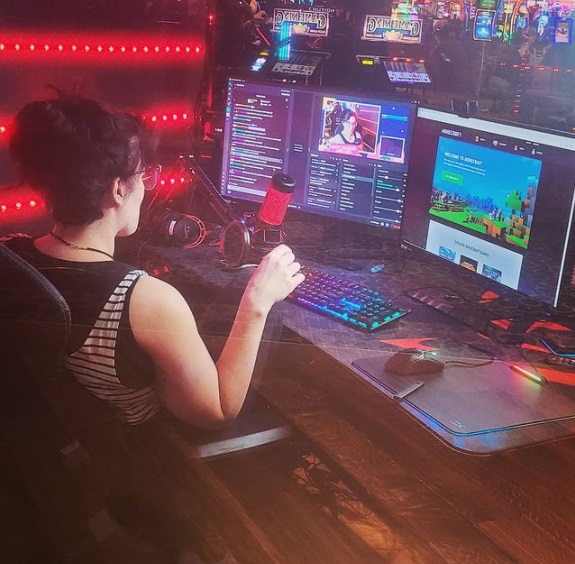 Osborn and her Infinite Quest co-host, Erik Gude, just wrapped up a national tour of gaming and comic conventions, including DragonCon, GenCon, Pax Unplugged, GameHoleCon and more, where they conducted workshops and sat on panels about neurodiversity as well as disability and adaptability in gaming, as well as performing their interactive D&D show “ADHDnD Live!”

Osborn is encouraged by the interest she’s seeing from gamers and developers alike for changing the industry to give everyone the opportunity to be a full part of the community and play the games they enjoy — without obstacles.

“Of course, there is no way that a company can make a game 100% accessible for every single person, but our goal at Infinite Quest is to just simply start the conversation, and talk openly about the struggles and challenges that often leave players feeling like they aren’t welcome at the table.”

Share
Facebook
Twitter
WhatsApp
Email
Previous articleBlind Institute of Technology Partners with Be My Eyes to Assist Professionals with Disabilities
Next articleCDC Promotes How to Be a Disability A.L.L.Y. and Help Promote Inclusion for All
Staff Writer