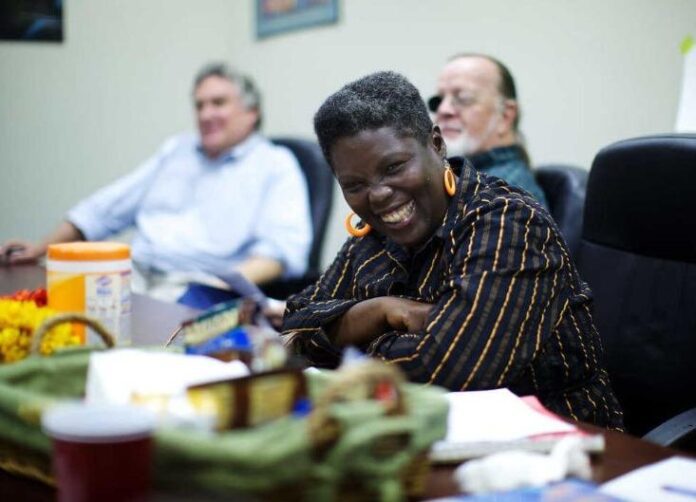 AmeriDisability joins the disability community and the community at large in mourning the loss of Lois Curtis, who won a landmark civil rights case for people with disabilities. Curtis, a Georgia native, passed away on November 3, 2022. Yet, her legacy of disability advocacy will live on.

Why Lois Curtis was Institutionalized

During Curtis’ childhood, her family struggled to find sufficient support and care. Diagnosed with cognitive disabilities in addition to schizophrenia, a mental disorder in which people interpret reality abnormally, Curtis was in and out of hospitals during her youth. Eventually, she was living full-time in an institutional setting.

By the end of her teenage years, Curtis began to advocate for herself (and others) and, more specifically, vocalize her desire to exit the institution. The staff that operated that specific facility failed to manage her dual diagnoses as she wanted (meaning that Curtis was likely solely treated for her mental health condition without factoring in her developmental disabilities). So, Curtis sought assistance to find alternative living options that would effectively meet her needs. However, such options were undoubtedly limited at the time.

In 1995, the Atlanta Legal Aid Society, on behalf of Curtis and Elaine Wilson, another person with cognitive disabilities and mental illness seeking release from an institution, filed a lawsuit against the state of Georgia. The case (Olmstead v. L.C), which claimed discrimination under the Americans with Disabilities Act of 1990, named Tommy Olmstead, then Commissioner of the Georgia Department of Human Resources, as the defendant. Serving as the women’s legal representative, attorney Sue Jamieson argued that individuals with disabilities, such as Curtis and Wilson, could not be forced to live in an institutional setting if they could be cared for in a more integrated environment in the community.

After winning the case and a subsequent appeal, Justice Ruth Bader Ginsburg ruled in favor of Curtis and Wilson with a Supreme Court decision in 1999. Ginsburg wrote that institutionalizing people who are capable of living in community settings reinforces assumptions that they are “incapable or unworthy of participating in community life.” Because of this ruling, both local and state governments went on to develop much-needed services and opportunities to better serve the disabled community. It is believed that expansions to community support systems, like counseling, inclusive employment services and daily tasks management programs, are also connected to this landmark case.

“Lois Curtis truly changed history,” said Samuel Bagenstos, General Counsel for the United States Department of Health and Human Services, in a press statement. “By fighting for her right to live in her own home, she established a precedent that has improved the lives of thousands of other people with all types of disabilities–and that precedent continues to underpin the fundamental principle that disabled people have a right to the services they need to live flourishing lives alongside their fellow members of the community.”

Curtis went on to reside in an apartment and gained access to proper support systems. She worked as an artist and exhibited at Atlanta-area galleries. Excelling in portraits, Curtis was invited to the White House in 2011 to present President Barack Obama with an original piece.

Curtis had a joyful smile that could light up a room. It is because of her determination and fearless advocacy that millions of people with disabilities can reside in their own homes and participate in their communities while accessing necessary disability support services. Of course, many people remain in institutional settings because of a lack of access to home and/or community-based services. That’s why it’s important to highlight the leadership of Curtis and, more importantly, continue to address the injustice of segregating people with disabilities.