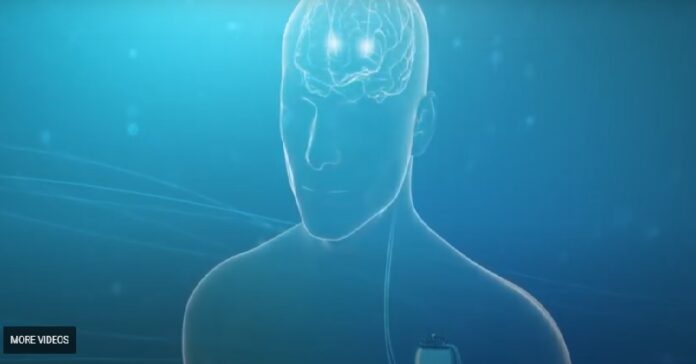 When Ann Hanley was 49 years old, she noticed that she had persistent stiffness in her shoulders and her arms weren’t swinging normally when she walked. This became particularly pronounced when it affected her ability to travel to horse races with her husband, who manages a farm breeding champion racehorses. After visiting several specialists, a neurologist recognized she had Parkinson’s disease (PD).

The diagnosis was a shock, as Hanley had previously viewed PD as a disease that mainly affected older men. Initially, the idea of living with a progressive disease was overwhelming for Hanley — a self-described social butterfly — and so was maintaining her desire to be active.

PD is the second most common progressive neurodegenerative condition, affecting more than 1 million people nationwide, according to the Centers for Disease Control and Prevention. While it can’t be cured, medications are often prescribed to help manage symptoms. Unfortunately, some of these drugs are associated with side effects like involuntary movements and motor fluctuations. And over time, these medications can become less effective.

Now 63, Hanley is a veritable expert on her condition and an advocate for other patients. Seven years ago, she began volunteering at the University of Kentucky Hospital, shadowing a leading neurosurgeon who specialized in a PD treatment called Deep Brain Stimulation (DBS), which helps patients manage the motor symptoms of the disease when medication alone is no longer effective. DBS uses a small medical device implanted in the body and connected to leads that stimulate a portion of the brain to control the motor functions affected by movement disorders, including tremors, slowness and rigidity.

Until recently, physicians have had to rely on older DBS technology. However, the Boston Scientific Vercise Genus DBS System, approved for use in 2021, is designed to customize therapy to match each patient’s specific needs and allow for flexible stimulation therapy delivery as the disease progresses. This is important, because PD advances over time, and no two people experience progressions the same way.

“Ultimately, with early enough intervention, DBS is a tool that can help people with PD reduce tremors, increase mobility, and even reduce the amount of medication needed — offering a reprieve from unpleasant side effects,” says Dr. Michele Tagliati, MD, director, Movement Disorders Program, Cedars Sinai (Los Angeles). “In particular, this therapy is designed with patient comfort and convenience in mind and gives physicians the ability to manage the ever-evolving needs of a patient as their Parkinson’s advances.”

Hanley knew it was time to try DBS herself when her walking had slowed, she was stooped over, her back hurt relentlessly and she was experiencing significant tremor in her right hand and leg. After undergoing the procedure, she was amazed at how DBS had helped her.

“When they turned on the device, I experienced an indescribable moment. My symptoms were suddenly reduced, and I felt more in control of my motion,” says Hanley.

With DBS, Hanley was able to completely come off her PD medications and experienced increased mobility. While results vary for different patients, she’s now able to walk, cycle and swim regularly, and attend every horse race with ease.

Today, Hanley is an advocate for DBS therapy and volunteers support to other patients, assisting during their appointments and even holding their hands during the DBS procedure. She’s also raised $3.5 million dollars through her fundraising efforts to support PD research at the University of Kentucky Hospital.

If you or a loved one have PD, consider talking to your doctor about the most appropriate treatment, and if DBS could be an option for you.