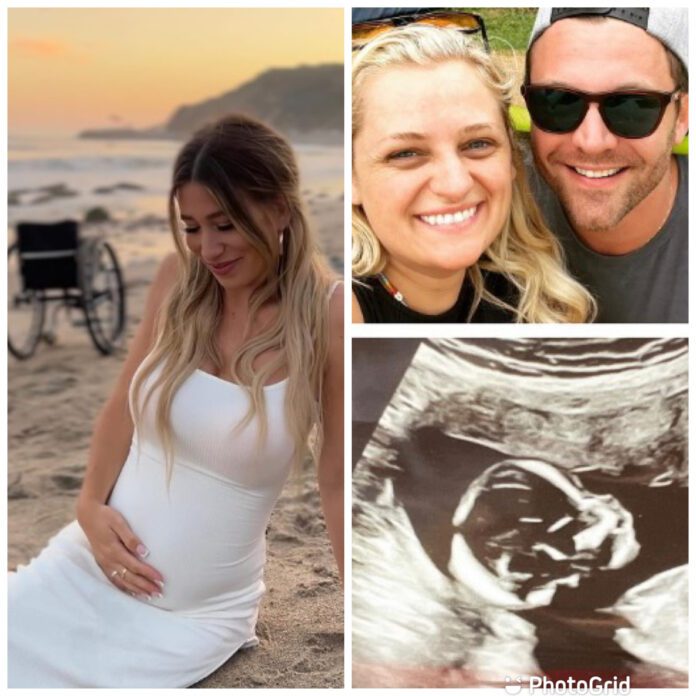 It’s common for the press and social media channels to cover when a celebrity announces a pregnancy, engagement/wedding or any other personal occurrence. That comes with the territory of being in the public eye. However, because misconceptions remain surrounding people with disabilities, some may be surprised that Stroker and Hill (and women with physical disabilities in general for that matter) can have healthy pregnancies and joyful parenting journeys. But the truth is that women with disabilities can – and will and should – pursue motherhood if they choose to do so.

Women with disabilities have a pregnancy rate that’s roughly the same as those without disabilities, says the National Institutes of Health (NIH). But, depending on the nature of one’s disability, research does indicate that a higher risk of pregnancy complications may exist, such as preterm birth, hypertensive disorders of pregnancy, gestational diabetes and cesarean delivery.

Some women with disabilities have a child; some do not. Some pursue surrogacy, some carry their own. Some give birth naturally; some have a cesarean section. As with mothers without disabilities, the pregnancy, birth and parenting experience varies greatly for all.

Still, according to the NCD, problem parenting is found to be the same for disabled and nondisabled parents; and disability alone is not a predictor of difficulties in family life. According to health scientist Dave Shade, “The available evidence suggests that although parents with disabilities may have a very different approach to parenting, the presence of a disability (physical or mental) is a poor correlate of long-term maladjustment in children… Thus, although the data are far from clear, it seems safe to conclude that many parents with disabilities previously thought unable to raise a child at all may actually be able to do so, and that many more parents with disabilities may succeed in raising their children if provided appropriate support services.”

Furthermore, experts declare that the vast majority of children of disabled parents have been shown to have typical development and functioning and often enhanced life perspectives and skills.

Who Are The Famed Mothers-To-Be

A New Jersey native, Stroker was the first wheelchair-using performer to appear on a Broadway stage during her run in Spring Awakening. At that time, in 2015, Stroker was happy to further advance inclusion within the Broadway community. “Broadway theaters by law have to be accessible for audience members with disabilities,” she told The Daily News. “It should be the same for someone in the show.” Soon after, in 2019, Stroker made history when she earned the Tony Award for Best Featured Actress in a Musical for her performance of Ado Annie in Oklahoma!

Via her Instagram account, Stroker announced that she and her husband David Perlow, a theater director, will welcome a new little cast member into their family this November 2022. In the meantime, 35-year-old Stroker is appearing as Queen Anne in the Free Shakespeare in the Park production of Richard III.

As a popular Instagram influencer, 30-year-old Hill also took to social media to announce that she’ll welcome a baby in January 2023. The image showed her cradling her growing belly; and jointly holding a onesie up with her husband, Jay Bloomfield. Hill is the founder of the Rollettes, an upbeat dance troupe comprised of wheelchair users. She also appeared on Push Girls, a Sundance TV reality series that chronicled the ups and downs of women, within the entertainment business, navigating life after injury-related paralysis.

Stroker and Hill both suffered spinal cord damage during car accidents. Stroker was just two years old at the time of her injury; and Hill, whose accident stemmed from a drunk driver, was 17 when she became paralyzed. An avid dancer from a young age, Hill persevered to follow her dreams to become a professional dancer. Similarly, Stroker fell in love with musical theatre as a kid and went on to earn a Fine Arts degree from the New York University Tisch Drama Department.

It Takes A Village

Current research demonstrates that disability does not necessarily have a negative effect on parenting. Raising a child (or children) is HARD – for parents with and without disabilities. That’s why it’s important for all parents, and perhaps especially so for parents with disabilities, to have a strong support system and access to necessary resources.

Congratulations to Ali Stroker and Chelsie Hill! Welcome to motherhood.

Share
Facebook
Twitter
WhatsApp
Email
Previous article20 Adaptive Swimwear Must-Haves to Dive into the Sand & Surf
Next articleCelebrating 32 Years of the Americans with Disabilities Act (ADA)
Nancy DeVaulthttps://www.ameridisability.com
Nancy is the managing editor of AmeriDisability. She is an award-winning storyteller passionate about health and happiness.