5 Influencers with Disabilities You Need to Follow On Social Media

Representation of people with disabilities remains, unfortunately, lacking in entertainment. Even though 26% of American adults have some type of disability, according to the Centers for Disease Control, only 2.4% of all speaking or named characters in films are shown with a disability, according to a study by the USC Annenberg School for Communication and Journalism.

However, social media continues to evolve as a source of both entertainment and news. With the big screen and small screen lagging behind in representation, influencers with disabilities are now utilizing various social media platforms to advance diversity and inclusion.

Here are five influencers with disabilities to follow on social media:

You cannot list male influencers with disabilities without mentioning Daniel M. Jones (pictured above). Not only is he a video influencer, but he’s a best-selling author. He runs a YouTube channel that goes by the name The Aspie World, which is dedicated to creating more awareness about people with autism spectrum disorder — and specifically from the autistic perspective.

The channel, which has 221K subscribers, has gained a lot of recognition for its exceptional work and even bagged an award in the process. Daniel openly talks about his own experiences living with ADHD, autism, dyslexia and OCD. He utilizes his unmatched video skills and massive influence on social media to enlighten people about living with autism.

Rikki Poynter, a member of the Deaf community, has achieved great success as a content creator, public speaker, accessibility consultant and writer. Having launched her YouTube career as a dependable makeup vlogger back in 2010 and later shifting to the lifestyle and educational niche in 2013, she’s accomplished a lot along the way and rightfully earned a large following.

She is also known as the face behind the #NoMoreCRAPtions campaign, which she kick-started in 2016. Through her YouTube content and public speaking, she tackles different topics, from fatigue, chronic pain and deafness, to child abuse, mental health and accessibility. 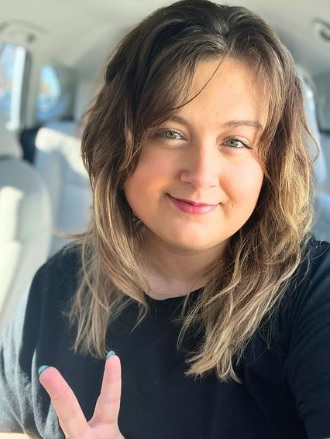 Like other influencers with disabilities on this list, Samantha is a busy gal. In addition to being a disability consultant, she’s a successful podcast host, author, columnist, actress and broadcaster. She has brittle bone disease (or osteogenesis imperfecta), a condition she was born with. Samantha’s put together several hard-hitting articles for various publications including PosAbility, The Huffington Post and Metro.

Shane Burcaw is a talented jack of all trades. He is an entrepreneur, author, blogger and YouTuber, mostly focused on his experience as someone living with spinal muscular atrophy (SMA), an inherited disease that affects nerves and muscles, causing muscles to become increasingly weak.

Originally from Minneapolis, he stepped into the limelight after launching a viral blog that showcases his humorous take on his life with a disability. After his ascent to fame, Shane created Laughing At My Nightmare, a nonprofit organization that is keen on providing assistive technology as well as adaptive equipment to people with disabilities. He married Hannah back in 2020, and together they now run the wildly popular YouTube channel by the name Squirmy and Grubs. This comedic, interabled couple has more than a million followers!

Eddie Ndopu, who is of South African origin, is prominent for his effort as an internationally-acclaimed and award-winning humanitarian. Besides being a beacon of possibility and hope for many people with disabilities, Eddie, who has spinal muscular atrophy (SMA), currently has a top position at RTW Investments, a company that focuses on medical and scientific innovation, serving as a Special Advisor. He’s also had influential positions at Amnesty International, UN Women and the World Economic Forum.

What other influencers with disabilities are you following on social media?